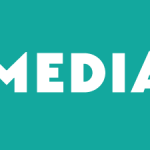 Hillary Clinton does not automatically get my vote because I’m a woman. Sorry.

The liberal media, conservative too, are of the grand assumption that Hillary Clinton will be the go to party pick for female democrats. As a long-standing female democrat I am insulted. Just because we have the same parts doesn’t mean I will vote for her.

Actually, I only voted for her once when she ran for New York Senate. I did not cast my ballot towards her in the Democratic Primary. Ironically, the biggest issue I had with her was her stance on medical insurance and fining people for not having it. But backstabbing Obama is not my point here.

I don’t trust her. Simple as that. Bengazi, sure. Email, of course. What still clinches it for me is how she stood by Bill during the Lewinsky trauma. And then made a career from it. Straight up, if a women can hide rage that well in public, she can hide anything, including bodies.

I just hope the Republicans get their shit together so there can be a respectable race for the leader of the free world, because if it comes down to picking a liar I’ll take Hillary over Donald Trump any day.

The author didnt add any Information to his profile yet